IMMIGRATION — Refugee status — Requirements — Identity — Refugee claimant was citizen of China who alleged fear of persecution by Chinese government because of her Christian religion — Member found that Passport and RIC were primary identification documents but that principal claimant did not submit passport and submitted only photocopy of her RIC which lacked significant security features, including microchip, that would have been contained in original — Member did not accept principal claimant’s for this — Member also found hukou was not genuine — Based on totality of evidence Member found that claimants had not established their personal identity, nationality or presence in China at relevant times — Claimants applied for judicial review — Application dismissed — Refugee Protection Division Rules (Can.) state that claimants must provide acceptable documents establishing their identity — Where identity is not established, it is unnecessary to further analyze claim — Here, Member considered totality of evidence — This was not situation where RPD impugned one identification document on basis of concerns with underlying documents, resulting in its limiting of its assessment of that document — Nor was it situation where RPD erred by ignoring submitted identity documents or by assuming without further comment that some were not genuine merely because another document had been tampered with — Member was entitled to draw adverse conclusions on credibility from principal claimant’s use of fraudulent documents — Issue of identity was at very core of RPD’s expertise and court should be cautious about intervening in such decisions — Member’s conclusion as to identity fell within range of possible acceptable outcomes that were defensible in respect of law and facts.

The Student Herald Seminar at the Kitchener Public Library (Central),[...] 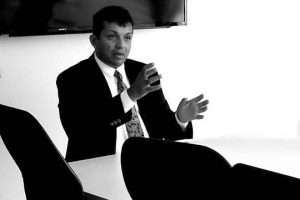 Talk by Joy Stephen, Associate Editor of The Student Herald[...]