The current AIPP program has a deadline of March 5, 2022 for an endorsed applicant to apply for Permanent Residence.

Workers need to be able to fill the job requirements, get an educational credential evaluation, be tested in language proficiency, and have resettlement funds.

The AIPP can be a path to immigration and Permanent Residence in Canada.

This author hasn't written their bio yet.
Vicky has contributed 48 entries to our website, so far.View entries by Vicky 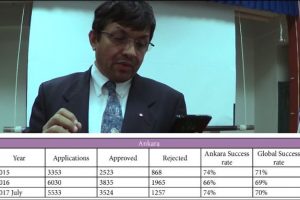