Immigrant Retention in Atlantic Provinces under the AIPP

The Atlantic Immigration Pilot Program or AIPP is having a good effect on retention rates for immigrants in the Atlantic provinces.

The AIPP is an employer-driven program. Employers in the Atlantic provinces can interview and hire foreign workers, and this can be completed without a Labour Market Impact Assessment. Immigrants can come to Canada with a job and a settlement plan from a designated organization.

The purpose of the program was to meet labour market needs in the Atlantic provinces while growing the population. Immigration, Refugees, and Citizenship Canada reviewed the program from its start in 2017 to 2020. It found that most immigrants were in their province of immigration 2 years later. A large number of immigrants were still working for their original employer, and some who changed employers still stayed in the same province. Immigrants said they stayed because they liked their job and community, family and friends were close, and/or the cost of living was affordable. Those who left their original province said they couldn’t find another job or wanted to make more money in another province.

Due to its success, the AIPP will end in December 2021 and become a permanent program in 2022.

Canada is working towards welcoming 401,000 immigrants as permanent residents[...] 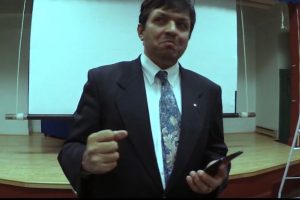