Are you considering a Land Down Under for your adventures abroad? New Zealand and Australia are incredibly appealing, but how to pick between them?

Both countries boast top-ranked living standards including technology, education, and health care, as well as diverse lifestyle opportunities. They’re next-door neighbours, with flights from Australia’s Sydney to New Zealand’s Auckland in under three hours. They’re Commonwealth countries ruled by the British Monarch. The two countries have a close relationship with one another, but are also quite different.

From geography to economy to immigration policies and qualifications, there are plenty of differentiating factors that can help your decision.

Australia’s geography mainly consists of a wild and largely uninhabited frontier known as The Outback. With extreme desert climates and conditions, this central area has beautiful natural landscapes, but is too cruel for civilization. Most Australians live in large developed coastal cities, enjoying hot temperatures and little rain as though it’s summer all year long. New Zealand, on the other hand, is a smaller island that benefits from mild, temperate weather. This contributes to the lush, green scenery that covers its many hills, mountains, and even volcanoes.

The two countries cooperate and share some similarities that benefit the prospective international student. Entry into one country can make entry into the other much easier, too! Some examples:

– New Zealand citizens (but not New Zealand permanent residents) have the right to live and work in Australia without any restrictions, no visa is required.

– Australian citizens and permanent residents have the right to live and work in New Zealand without restrictions, because they are considered to be New Zealand residents upon arrival.

Australia has higher wage rates per capita than New Zealand. Australia is, of course, a much larger country; with over 23.7 million residents to New Zealand’s 4.5 million.

Comparisons for the Skilled Migrant

Are you a skilled migrant? Australia and New Zealand share some immigration policies, but others are different. Both countries use an “invitation to apply” system, awarding points to potential skilled migrants in order to offer application to top quality candidates.

Australia’s policies are more complex than New Zealand’s. Australia requires applicants to complete a skills assessment before starting to apply. The country also has a State Sponsorship system, which allows each State to contribute to decisions on who can settle there. The results of high demand to migrate to Australia and a rise in passing marks has been ongoing amendments to in-demand occupations.

New Zealand has one policy that covers the entire country.

Advantages of migrating to Australia

Advantages of migrating to New Zealand

With a lower population, the need for additional skilled migrants does place New Zealand’s Skilled Migrant Program at a disadvantage over Australia. However, New Zealand is still greatly appealing due to the steady stream of business owners and investors making the country their second homes. New Zealand also has no requirements for future residency after one completed qualifying period.

Wanting to migrate to Australia?

With no relatives or employment in Australia, there are the following pathways to obtaining a visa:

190 – Skilled Nominated Visa: For points-tested skilled workers who are nominated by a State or Territorial government agency. This has a wider range of qualifying occupations.

489 – Skilled Regional (Provisional): A State-sponsored visa that allows skilled workers to live and work in a specified region of Australia for up to 4 years. After two years, a Permanent Resident visa is possible.

Under all of these paths, the basic requirements are complex and subject to occupational quotas and pass mark changes.

For consideration under these categories, it’s recommended that you:

– are under 40 years old.
– Have at least 3 years experience in a skilled occupation.
– Can obtain a score of 7 in each of the four bands of the IELTS
exam (listening, reading, speaking, and writing).
– Have completed at least a diploma level of education.
– Are in good health, and have no criminal record.

Are you considering study in Australia?

For those with a long-term goal of living in Australia, obtaining an Australian qualification along with exposure to Australian English, the unique Australian culture, and networking with Australian employers can be a great advantage.

Students who obtain a minimum of two years of academic study in Australia earn an extra 5 points, if the course of study was completed in a selected regional area (including South Australia) under the Skilled Migration policy. An additional 5 points can be awarded to students enrolled in Accounting and Computer Science who complete their Professional Year in Australia.

A nomination/sponsorship program that complements the Federal Skilled Migration policy exists in each Australian State and Territory. States generally favour International Students who have completed their studies and qualifications at an institution in their State. Students are advised to carefully research all of their options and potential qualifications in order to choose the best pathway.

Upon successful completion of study, special work visas are available. Graduates are able to obtain skilled employment with authorised employers at the conclusion of their studies and, later on, may qualify for residence within the visa systems.

You can work while studying in Australia, up to 40 hours per 14-day period while courses are in session, and unlimited hours during course breaks.

Work and visa options upon completion of studies:

If you are an international student graduating with eligible skills and qualifications directly related to an in-demand occupation on the Skilled Occupation List, a visa in this category is granted for 18 months.

Wanting to migrate to New Zealand?

The New Zealand points system, set by the government, makes residence in this country attainable. The pass marks are intended to allow only skilled migrants to be selected, but there are a few exceptions to the rule.

An important point to note!

There is widespread confusion in regards to the policy, which has led to exploitation of potential immigrants by unscrupulous advisors or “employment agents”.

You should know know that:

1) There’s absolutely no possibility of final visa approval under the Skilled Migration policy without a genuine, permanent offer of skilled employment, regardless of your point score.

The majority of Skilled Migrant approvals from developing countries are given to former international students who transition to temporary work, and then advance to permanent residence in New Zealand.

Are you considering study in New Zealand?

Working while studying in New Zealand

During your studies you can work part-time up to 20 hours per week and during holiday periods, if you’re enrolled in a two-year program leading to graduation qualifying for points toward a Skilled Migrant Visa application. You can work full-time during all vacations scheduled by your New Zealand education institution while studying, if you are taking a full-time program of study of at least one academic year’s duration. An academic year is a minimum of 120 course credits during at least two semesters, or at least eight months.

1) A one-year work visa is available to students completing a qualifying New Zealand education credential, so that students can gain New Zealand experience at any level.

2) An additional two-year work visa is available to students able to gain employment related to their education.

3) Students who gain genuine skilled employment at the end of a 2-year work visa period can be granted permanent residence under the Skilled Migrant category.

Students should be aware that obtaining mandatory skilled employment is difficult given the strong competition from young New Zealand graduates seeking entry-level positions. Be sure to carefully research possible studies and choose wisely to ensure your education enhances employment prospects. Degrees and diplomas granted from polytechnic institutions are quite often more practical and work-based, and worth consideration.

Polinsys has a referral relationship with a New Zealand government-operated polytechnic institution offering courses in areas with a high rate of post-graduation employment:

Each of these programs includes a period of industry placement to gain practical experience. 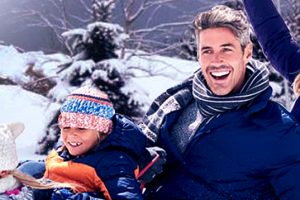 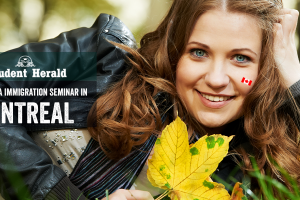