The Reputation Institute has named Canada as the 2015 country most admired by others around the world, citing it as being ethical, safe for living, having a high level of welfare, an effective government, and friendly, welcoming people. This should come as no surprise as the country has a rich history of embracing newcomers.

Citizenship may mean different things to different people, but in Canada becoming a permanent resident symbolizes a strong sense of freedom and open mindedness. Canadians value a culture of acceptance and equality; ideals prominent from the beginning of the country’s immigration narrative.

The original Canadian Citizenship Act went into effect on January 1, 1947. Until then, there was no legal status for Canadian citizens, only British subjects who remained under the thumb of the monarchy. The overdue legislation finally gave legal recognition to the terms “Canadian citizen” and “Canadian citizenship,” marking the beginning of a lasting legacy of increased immigration and the development of a strong national identity.

In momentous fashion, Canada’s first citizenship ceremony was held on January 3, 1947 with 26 people being presented with certificates of Canadian citizenship. Among the recipients was Prime Minister Mackenzie King who received the symbolic certificate numbered 0001.

However, during World War II the country had strengthened its footing on the international stage, which spurred an increased desire to establish its independence not only physically, but also symbolically. Additionally, the country had become increasingly diverse and was in need of improved unification and a bolstered national identity. That identity became centered on idealistic values, goals, and aspirations to emphasize goodwill.

However, the initial citizenship act didn’t provide both native-born and naturalized citizens equal rights under the law, which became a contention for many Canadians and their ideals of right. Thus, the next Citizenship Act that became effective on February 15, 1977, replaced the earlier 1947 legislation, making it so that British subjects would no longer receive special treatment and dual citizenship would be officially recognized.

But there was still work to be done in order to make citizenship more readily accessible. It wasn’t until 2009, in the form of amendments to the act, that significant revisions were made. Among them, provisions dealing with a group of residents known as the “lost Canadians.” The term referring to people who were never granted Canadian because of outdated legislation despite their substantial connection to Canada. These people included those who took the citizenship of another country before dual citizenship was introduced in 1977.

Jason Kenney, then Canada’s Minister of Citizenship and Immigration, also introduced the “first generation limitation” on Canadian citizenship. After April 2009, Canadian citizenship could only be granted to those who were born abroad if they had a Canadian parent who was either born in Canada, or who was a naturalized citizen.

By 2014, terrorism had become a global concern and a necessary consideration for immigration procedures. Also, what entailed within the residency requirement was in need of being more clearly defined and the process to become a citizen more streamlined. Chris Alexander, the current Minister of Citizenship and Immigration, introduced Bill C-24, the Strengthening Canadian Citizenship Act on June 19, 2014 and all of the changes were instituted by June 11, 2015.

The new measures have several benefits for those interested in becoming Canadian citizens such as making citizenship more accessible to those who have served in the armed forces or other federal public administration. But, Bill C-24 also protects existing residents by safeguarding the sanctity of citizenship and what it represents. Alexander explains, “It would remind individuals that citizenship is not a right, it’s a privilege.”

In addition, new elements of the law contend with the disparaging perception that Canadian immigrants of the past have lacked a sense of patriotism, cultural knowledge, and residency allegiance. The goal is to strengthen new citizen understanding of the country’s basic values, symbols, and institutions in order to build a better future.

Canada will assuredly continue to be a shining star in the world, most admired, and sought out as a place to reside. In 2013, the country welcomed 258,953 permanent residents and that number will continue to rise. 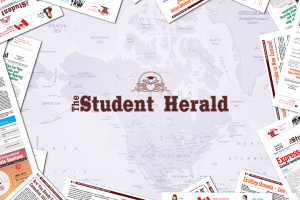