IMMIGRATION — Selection and admission — Permanent residence applications — In October 2014, applicant applied for permanent residence in Canada under Canadian Experience Class (CEC) program — His application was returned with cover letter dated January 8, 2015 because it did not comply with completion requirements in that payment of application fees by Visa was declined — On February 10, 2010, application was resubmitted and fees were paid by international money order — Application was declined on basis that, as of December 1, 2014, Minister of Citizenship and Immigration had issued instructions requiring all CEC applications to be made through specific online system — Applicant was advised that since his application had been received after January 1, 2015, it was necessary to resubmit application for processing through online system — Applicant applied for judicial review — Application for judicial review dismissed — Doctrine of legitimate expectations related only to procedural rights, not to particular result — There was no breach of procedural fairness resulting from fact that applicant did not get notice, prior to letter of January 8, 2015, that processing fees had not been paid — Fact that originally submitted application was not accompanied by required fees meant that application was incomplete — Applicant had no vested right and no legitimate expectation that system for processing applications for permanent residence in CEC program would not change 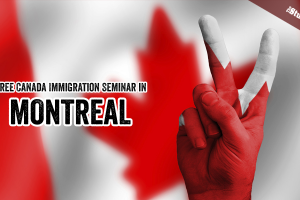 The Student Herald is a Canadian recruiter. We specialize in[...]