IMMIGRATION — Refugee status — Procedure — Appeal of decision of Refugee Protection Division (RPD) to Refugee Appeal Division (RAD) — Standard of review — Refugee claimants were citizens of Pakistan who alleged fear of persecution as Shia Muslims — RPD found that claimants lacked credibility and had internal flight alternative in Karachi and dismissed claim — Claimants appealed to Refugee Appeal Division (RAD) which upheld decision of RPD and dismissed appeal — RAD had applied reasonableness standard to RPD decision — Claimants applied for judicial review, contending RAD erred in applying this standard — Application allowed — RAD has appellate function, and it cannot limit its analysis merely to whether RPD acted reasonably and reached decision that fell within range of acceptable outcomes which are defensible in respect of facts and law — Applying reasonableness standard, as RAD did in this case, was error, since it denied to appellants appeal to which they were entitled — Documentary evidence described widespread violence against Shia Muslims in Karachi and stated that hundreds are killed every year, but RPD implied that claimants had to prove that every Shia Muslim in Pakistan was being persecuted — When it considered whether violence against Shia Muslims in Pakistan was widespread enough that claimants would not be safe in Karachi, RAD stated that it was possible that RAD might have considered same evidence and reached different conclusion — RAD refused to conduct its own analysis of evidence in this regard expressly because it was applying reasonableness standard — This was error since that particular finding depended only on documentary evidence which RAD could assess just as well as RPD could — As it was possible that RAD would have reached different result had it not erroneously applied reasonableness standard of review, and it would be inappropriate to withhold relief from claimants

Essential Temporary Workers and International Students in Canada in 2021

The Government of Canada, in keeping with its goal of[...] 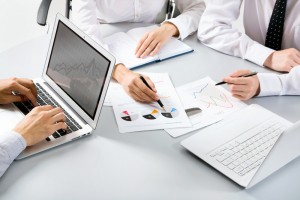