IMMIGRATION — Refugee status — Requirements — Refugee claimant was citizen of Honduras who alleged fear of persecution by Maras gang — Claimant worked as collections agent, travelling to all areas of city on motorcycle to collect money — Mara gang began to make extortion demands on claimant which he complied with for several months, then he ceased payments — Claimant reported threats related to his non-compliance of extortion demands to authorities who recommended that he change residence — Claimant moved his family to another neighbourhood but continued receiving threats — Claimant’s children were threatened on way to school and claimant was held up at gunpoint and robbed on his motorcycle — When threats increased in severity claimant left Honduras and went to United States — Claimant’s brother was extorted in Honduras and was later assassinated by gang and claimant’s family continued to receive threats in Honduras — Board found that claimant was not Convention refugee within meaning of s. 96 of Immigration and Refugee Protection Act (Can.) because his fear was not by reason of any Convention ground; rather claimant was pursued for reasons of criminality — With respect to s. 97 of Act, Board found risk that claimant faced could be characterized as risk of extortion by gang members due to his perceived wealth working as collections agent and this risk was not different from general risk faced by other business persons — Board further found that fact that claimant had reported to police regarding threats and robberies by Mara did not make this particularized risk, and found that claimant was not being systematically targeted for extortion — Board denied claim and claimant applied for judicial review — Application allowed; matter referred to different panel of Board for redetermination — Claimant’s risk had escalated from threats to being specifically targeted by gang, such as threats to his children and death of his brother — This demonstrated risk faced by claimant had escalated from generalized risk to personalized risk — Accordingly, Board’s characterization of claimant’s risk was erroneous and Board’s analysis under section 97 was unreasonable 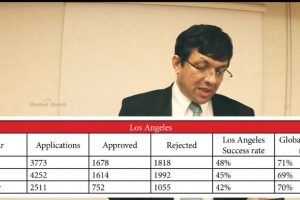 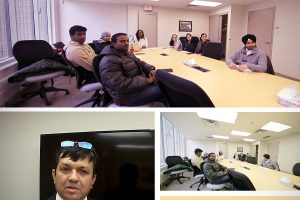